A formal method to identify, characterize, and prioritize risks and threats, typically with the goal of reducing them, also known as threat analysis or risk analysis.

Why is it important?

Why does a business professional need to know this?

Business professionals should know about threat modeling because it is the single secure software design practice used by all SAFECode members. The Software Assurance Forum (SAFECode) is a non-profit organization exclusively dedicated to increasing trust in information and communications technology products and services through advancement of effective software assurance methods(Simpson 2008).

Developers who do not use threat analysis often fail to create secure-by-design software, leading to poor security quality. Architectural threat analysis and modeling significantly increase robustness and resilience, dramatically reducing the number and severity of vulnerabilities(Diamant 2011).

A threat analysis of Linux software avoided more than 100 vulnerabilities, which required security patches or updates to be developed, tested, released, and installed, all at a significant cost to the developer and software users(Diamant 2011). Despite the cost, this was the best-case scenario. The worst case would have been a serious data breach, such as the Equifax breach, which exposed Social Security numbers and other sensitive information for more than half of the U.S. adult population, rendering Social Security numbers obsolete as a security measure, costing the CEO his job, and enabling countless identity thefts.

We need to apply the lessons from past decades that tell us that quality (and thus security) must be designed in, and we can’t expect to simply test it out. Although software developers sometimes do threat modeling without specific, or only brief, training, this practice is analogous to do-it-yourself surgery. To avoid a false sense of security, have independent experts perform risk analysis and threat modeling. 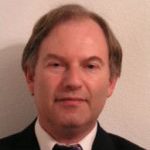 John Diamant, Certified Information Systems Security Professional (CISSP), Certified Secure Software Lifecycle Professional (CSSLP), founded one of the world’s largest technology company’s secure development programs where he became a Distinguished Technologist (top 1/2% of technologists). He is an inventor on 11 issued patents, and is both software assurance chief technologist and applications security strategist. He has published articles in IEEE Security & Privacy, presented at conferences such as RSA, and his interviews have been seen by over 1/2 million people and reported by mainstream media including CNN, The Wall Street Journal, and many more. He has briefed senior staff of a joint Congressional subcommittee.

Each week, we feature a guest expert who will define and help you understand an important cybersecurity term that every business professional should know and understand. 52 weeks. 52 terms. 52 definitions. 52 essays from 52 experts. Defining a common language. The language of cybersecurity.

You can buy the book now, with all fifty-two definitions, essays about the importance of each term, a full index, and extensive references and glossaries.